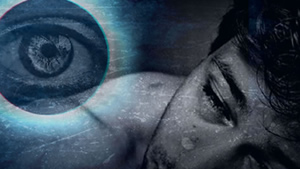 How Creating Sleepora Helped Me Cure My Sleeplessness

Sleep ups and downs have been a regular challenge in my family. For as long as I can remember, I’ve heard most of my immediate family talk at some point about sleeplessness nights, sleep talking and sleep walking.

Growing up I don’t remember having major problems to sleep, but it was common for me to have conversations in my sleep and I do remember having odd nights where it was difficult to fall asleep. Particularly when I was apprehensive about something happening the next day.

It wasn’t until my early 20s that sleep became a real problem. It’s hard to say if it was something inbuilt, a throw back from the glandular fever I had when I was 19, or purely a combination of the new challenges and adult life in the real world. Possibly a bit of all of those things.

Things did improve in both my career and personal life with the hard work paying off. However, what started as small incremental issues with my sleep had escalated during the difficult years to a point where I was waking up multiple times during the night and feeling groggy during the days. I never slept through the night and my quality of sleep was poor. It got to the point early on where I stopped exercising which was something I had always done regularly and enjoyed.

I was at a point where things were moving in the right direction, but my sleep situation wasn’t improving and this affected my health in a way I had never experienced before. It was a vicious cycle as I needed to sleep well to be more on top of things, to build up motivation and to recover from exercise and ultimately feel better.

I’ve always been able to communicate with all kinds of people in a variety of situations. However, it was clear that prolonged sleep deprivation was affecting my memory, mood and even my speech. Increased by my body being even more tired from exercising this made things very difficult. As a result I found myself avoiding exercise or anything above basic physical effort just to be able to perform at the required levels during day to day business.

These sleep challenges were up and down, but worsened over a 10 year period. Throughout the time I tried lots of things to beat the problem and shape my mind and body to deal with it and find a long term solution. I researched and looked into different recommended methods for improving sleep and tried a number of things bar resorting to prescribed medication. I’ve never been a fan of medication unless it’s absolutely needed and I’d also heard that some medications like this can be addictive, even if just physiologically. Lots of methods I tried would work to tackle the problem temporarily, but the issues would eventually return with little lasting effect.

Through the research and testing I realized that much of the problem ran deeper than just the surface symptoms. Humans are habitual creatures and our minds work in mysterious ways. Without even realising it we can pick up traits, habits and thought processes that become embedded in our being, subconsciously affecting us.

All of this lead me to discovering and exploring Neuro Linguistic Programming (NLP) which has been used by some of the most successful people to train their subconscious to aid them in improving their life and enhancing their success. As I was also an experienced audio producer, my research naturally lead me to an interest in binaural and isochronic beats associated with brain entrainment – where sound frequencies can be used to replicate natural brain states.

I found these areas increasingly interesting because they were not only natural solutions, but also focused on solving problems at the core level. Plus I saw ways that they could be applied to multiple dimensions of life. It made sense!

I started reading into NLP and brain entrainment, then testing things to see if they worked. As an audio professional, the brain entrainment aspects were easier and I found that combining the core principles of brain entrainment with what I knew about audio production enhanced the results. Furthermore, I discovered that both the NLP techniques and the brain entrainment really started to work for me and it made me think; if this is helping me, then perhaps it could help other people suffering from sleeplessness and insomnia. I started the beginnings of an ebook geared around what was working, but soon realized to really create something useful I needed to :

a) engage an NLP expert and
b) develop something much more structured.

I had heard that an old friend and ex-work colleague had moved out of advertising and was now a professional NLP Trainer and coach. I got in touch with Anthony in early 2011 and from there we started to develop what at the time was named the 24 Hour Sleep Cycle, because the aim was to provide a comprehensive solution that worked throughout the day and night to deliver real results for people that had difficulty sleeping. It was a natural fit and the ebook evolved with Anthony’s input . From then we developed a much more structured program that eventually became Sleepora. All the while the more of the program structure I applied to my own sleep challenges the better the results.

In the year leading up to launch my sleep quality has improved tenfold. I now get regular quality sleep and I’ve built up to exercising and weight training at similar levels to when I was 20.

I spend less time in bed, yet feel so much better day to day! This is also fantastic because as my toddler daughter gets more and more active I have more energy to keep up!